This report provides a detailed overview and comparison of policies developed in the United States of America (US), Canada and several Western European countries – Belgium, France, Germany, the Netherlands, Sweden and the United Kingdom (UK) – in response to calls from the United Nations (UN) and other international actors for the repatriation of foreign fighters and their family members from Syria and Iraq. These Member States of the UN have been confronted with ethical, legal and practical challenges in responding to the phenomenon of foreign fighters since large numbers of people migrated from these countries to Syria and Iraq.

ISIS’s stronghold in Syria collapsed in March 2019 after the fall of Al-Baghuz Fawqani town, the last of their occupied territory in the region. As a result of this defeat, thousands of foreign fighters and their family members, previously living under the so-called caliphate, were left with nowhere to go and were subsequently admitted to camps and detention facilities set up in northeastern Syria. In early 2019, the population of Al-Hol camp, just one of several, was estimated at over 70,000.[1] Figures from 2020 demonstrate that the total number of people residing in camps and detention facilities in northeastern Syria is in fact over 100,000, with over 70,000 of those being women and children.[2] States have instituted a range of policies in response to the issue of foreign fighters, including revoking citizenship, case-by-case repatriation, repatriation for children only, and refusal of large-scale repatriation in favor of legal action in the region.

Since the collapse of the Islamic State of Iraq and Syria (ISIS) and other affiliated terrorist groups in both countries, calls to repatriate foreign fighters have only heightened as thousands of people find themselves detained in prisons or camps controlled by the Syrian Democratic Forces (SDF). The latter is a non-state actor, consisting of mainly Kurdish forces and backed by a US-led coalition. Like all other state counterparts, the countries of North America and Western Europe included in this report have been considering and discussing three options for dealing with returning foreign fighters: transfer to and prosecution in Iraq; the creation of a new dedicated international tribunal in an existing international court; or repatriation and prosecution before domestic courts where appropriate. The following report will illustrate how these western states have typically taken a ‘hard’ approach towards returning foreign fighters and their families.

The full version of the report is here:  Report on State Policies

[2] Tenth report of the Secretary-General on the threat posed by ISIL (Da’esh) to international peace and security and the range of United Nations efforts in support of Member States in countering the threat, United Nations Security Council, February 4, 2020, 2. https://www.un.org/sc/ctc/news/document/title-s-2020-95-tenth-report-secretary-general-threat-posed-isil-daesh-international-peace-security-range-united-nations-efforts-support/. 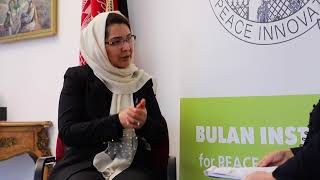