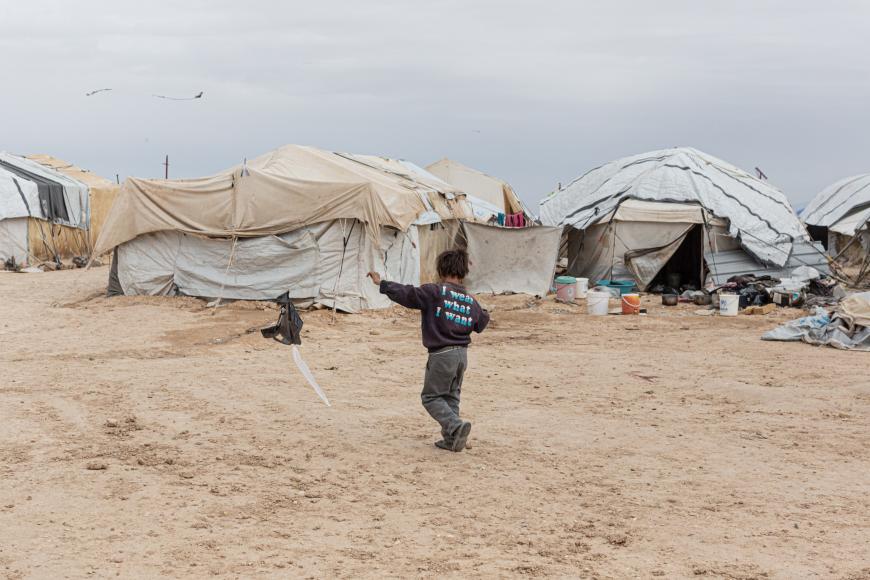 The phenomenon of foreign fighters travelling to Iraq and Syria to join the Islamic State in Iraq and Syria (ISIS) has brought about unprecedented effects and challenges in the region and beyond. Following the defeat of ISIS in March 2019 and the dismantling of the so-called ‘caliphate’, thousands of ISIS fighters and their families were forced to retreat and surrender.[1] Most of them were displaced to closed facilities or camps located in Northeast Syria and others were arrested and held in prisons in Iraq. The infamous Al-Hol or Roj camps in Northern Syria are operated under the de facto control of the Kurdish Autonomous Administration.[2] The fate of ISIS-affiliated children trapped in Syrian detention camps and Iraqi prisons remains an extremely concerning issue.

Out of the 64,000 people remaining in the camps in northeast Syria, roughly 43,000 have connections to a foreign state.[3] UNICEF estimates that, as of early 2021, more than 27,500 children of foreign nationals and thousands of Syrian children associated with armed groups are languishing in Al-Hol camp and across northeast Syria.[4] Some of the children were taken to the conflict zones by their parents, however an unknown – and hard to estimate – number of children were born to foreign fighters in the region. Some children and young people were recruited across borders by ISIS and their involvement could be deemed voluntary within the context of manipulation by terrorist groups, whereas others were victims of human trafficking.

This publication sheds light on the global understanding of the position and fate of ISIS-related children remaining in Syria and Iraq and the risk of rights’ violations and serious abuses they face. An important goal is to render a realistic picture of what foreign children held in camps and prison detention are going through, as state policies remain slow to respond. Acknowledging the continuous despair these children endure, this report offers a comprehensive overview of the relevant international obligations to guide states’ responsibility towards those children. Current State responses and policy approaches are described and summarised with an emphasis on those key principles and recommendations which states, civil society stakeholders and other actors should take into consideration when dealing with children emerging from the grip of ISIS in Syria and Iraq. The publication also provides balanced insight into the good practices and challenges involved in the repatriation and rehabilitation of ISIS-related children.

[1] The Wilson Center, “Timeline: the Rise, Spread, and Fall of the Islamic State”, October 2019, from: https://www.wilsoncenter.org/article/timeline-the-rise-spread-and-fall-the-islamic-state.

[3] UNICEF, “UNICEF calls for the safe reintegration and repatriation of all children in al-Hol Camp and across the northeast of Syria: Statement from UNICEF Regional Director for the Middle East and North Africa Ted Chaiban”, February 2021, from: https://www.unicef.org/press-releases/unicef-calls-safe-reintegration-and-repatriation-all-children-al-hol-camp-and-across.

The full version of the publication can be accessed here: Report on Children with Links to ISIS